The committee of the Harfield Village Association (HVA) Residents’ Association comprises a diverse group of passionate and dedicated volunteers who invest a great deal of their time and energy into ensuring that Harfield Village retains its special & unique character and maintains its architectural heritage. The HVA team is dedicated to ensuring that the village is clean and well maintained, safe, secure and a wonderful place to live and work. 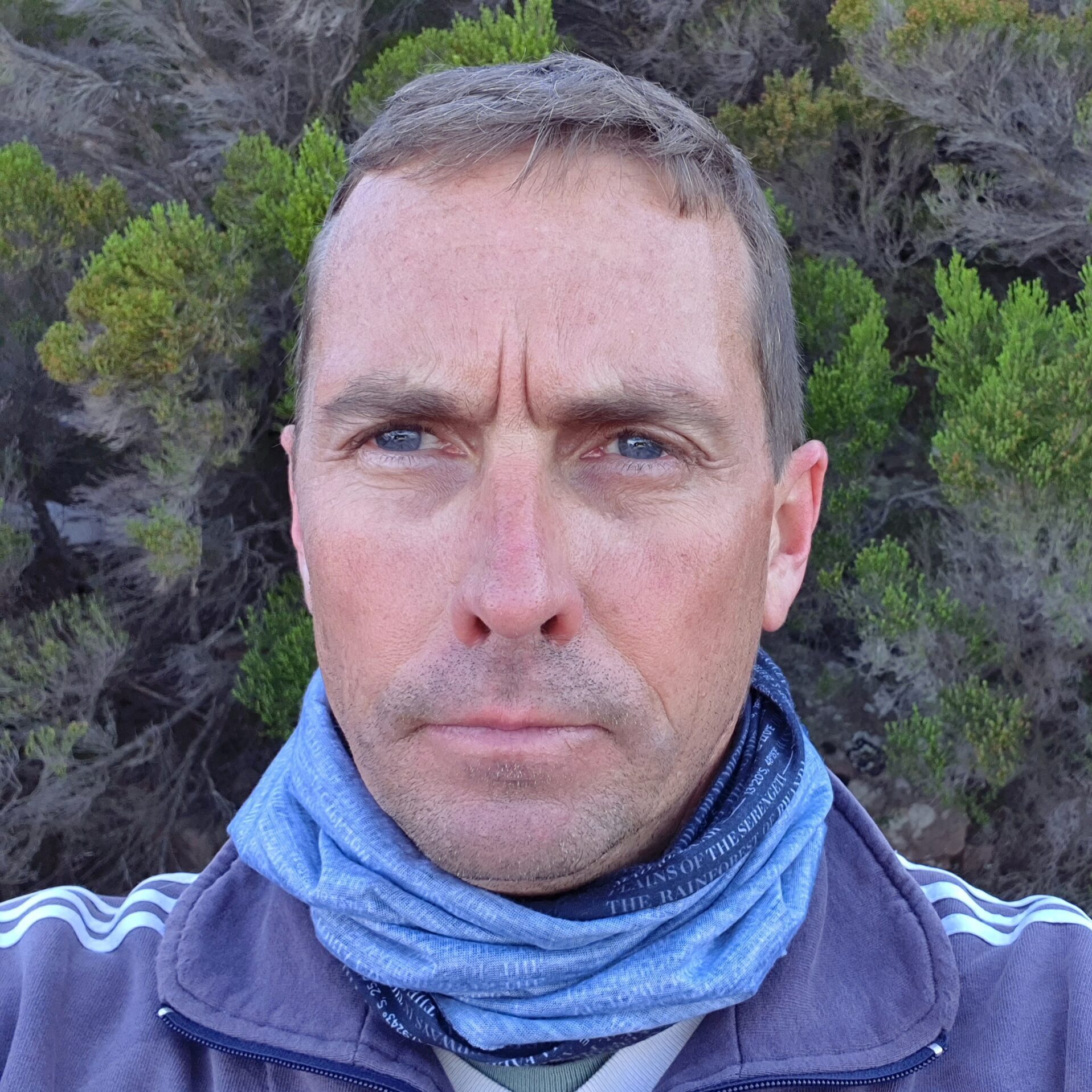 James has lived in Harfield Village since 2003 when he moved from Greenpoint (Cape Town) in search of a more suburban lifestyle, but without living in deep suburbia. James was drawn to Harfield Village since it offered this type of lifestyle in a quaint village atmosphere centrally located in the very heart of the southern suburbs. James joined the HVA Committee in 2009 holding the portfolio of “Harfield Village Parks” before being elected chairperson in 2011, a position he has held since that date. James believes that communities must mobilise themselves as far as possible and seek solutions to local challenges. Through this process of mobilization a strong sense of community can be achieved. James also feels strongly that in order for South Africa to not only survive but infact thrive, communities segregated through history must reach out to each other and forge a unified city and country together. James has lived, worked and travelled to more than 40 countries around the world throughout his life, and genuinely feels most at home right here in Harfield Village, South Africa. James is the founder and manager of a local Non Profit Organisation called Uthando (Love) South Africa and in his spare time spends as much time as possible outdoors in nature doing gardening, hiking, scrambling and playing sport. 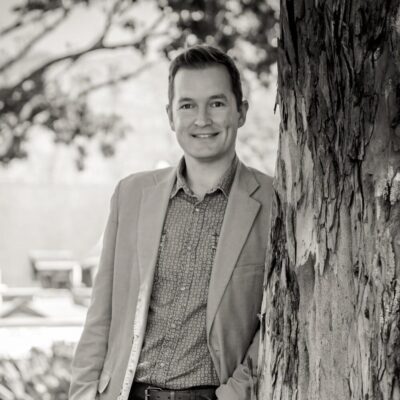 Sean enjoys travelling and new experiences, taking the long way round to be here. Having grown up in East London, Sean travelled for 11 years through exotic places such as Grahamstown, the UK and Europe, South East Asia and Africa. When Sean left, he had had a bag on his back. Returning to SA, he had a cargo crate full of boxes and a lovely wife. And now 2 young boys as well – another adventure! After all of that, Sean settled into Harfield Village. A wonderful part of the world with a great community. Through his experiences, and this may sound like a cliche, he has come to realise that helping people is really at the core of what drives him. And that’s what brought him to the HVA. 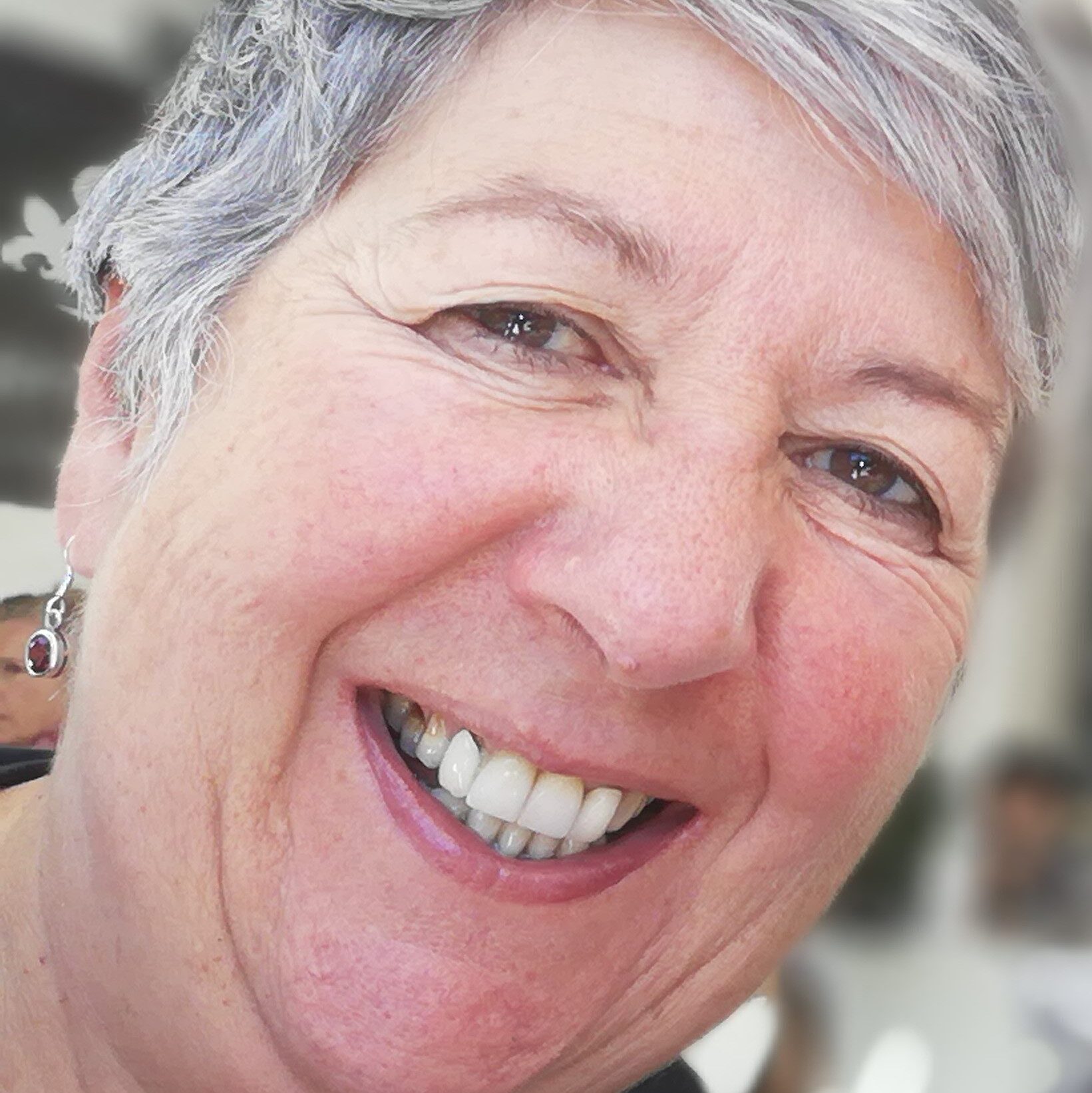 Terry is an active 60-something and loves to cycle and hike and be outdoors whenever she can. She has been employed by the Anglican Church since March 2010 in a Finance capacity. This work has broadened her mind considerably and there is never a dull moment. Terry has lived in the Village for nearly 15 years. She is the Secretary on the Committee and enjoys the interaction with the Committee and on a larger scale with the people in the Village. The past year has been particularly rewarding as we, the Committee established valuable relationships with our neighbours in Hanover Park. This is how she lives lives and aspire to be, a community person who can talk to as many people as possible and help where and when she can. 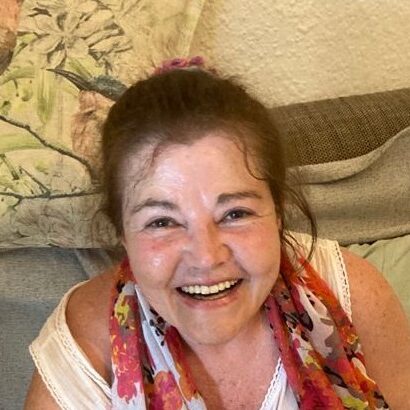 Alison has lived in Harfield Village since 2014 after moving here from Montagu. Alison loves the “village feel” and all the parks plus being able to walk to all the shops and restaurants in Harfield.She is the HVA treasurer and does contract accounting from home.Alison is passionate about social outreach and in the beginning of COVID last year headed the Helping angels The social outreach arm of the HVA) who did fundraising and food parcels for Hanover Park, U Turn, The Night Haven and needy people within the community. She is very much involved ( along with the HVA and James Fernie) with Rosmead Primary School and especially the gardening and upkeep of the field.When not working she loves nature,gardening,the beach , reading and her dogs plus new grandson!!!! 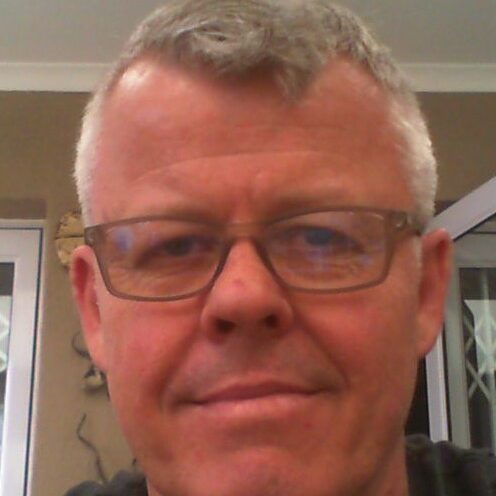 Originally from Zambia, Steve’s career has been in the construction industry, which began in 1990 when he joined the British Royal Engineers. Since leaving the Army, Steve has worked as a project manager on military and civilian projects in New Zealand, the Middle East and throughout Africa. Steve moved into Harfield Village in 2016 and has become actively involved with the HVA, and its work to preserve and maintain the character of the village, and its social and architectural heritage, for the past two years. 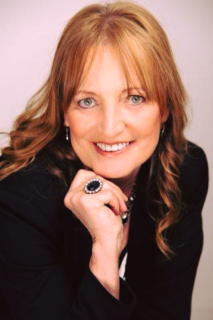 Daniela Leigh has lived in Harfield Village since 2010. Passionate about the area and working with the community, Daniela honestly believes that no matter the differences, collectively we can uplift all our lives, especially during these trying times. Daniela loves fundraising, and assisting with the memberships and different events, enabling the HVA to raise funds for the different projects, especially via our social media.
Daniela is a Master Practitioner Sales and Rental Agent with Remax Premier, loves building relationships, offering guidance in any property related matters, with the belief she can help to change lives, one home at the time. She has a passion for interior design, every home has a heart. There lies a creative part of her, even via marketing. either for herself or the HVA that she tries to fulfill.
Daniela is also a non-denominational spiritual counsellor and teacher on occasions and strives to help lift people through the tough times in their lives. She is truly committed to our area and believes there is many earth “angels” amongst us.
Daniela has helped the HVA in many roles and believes that Harfield Village can achieve the safety and wellness of all its residents in the future. Together we are stronger. 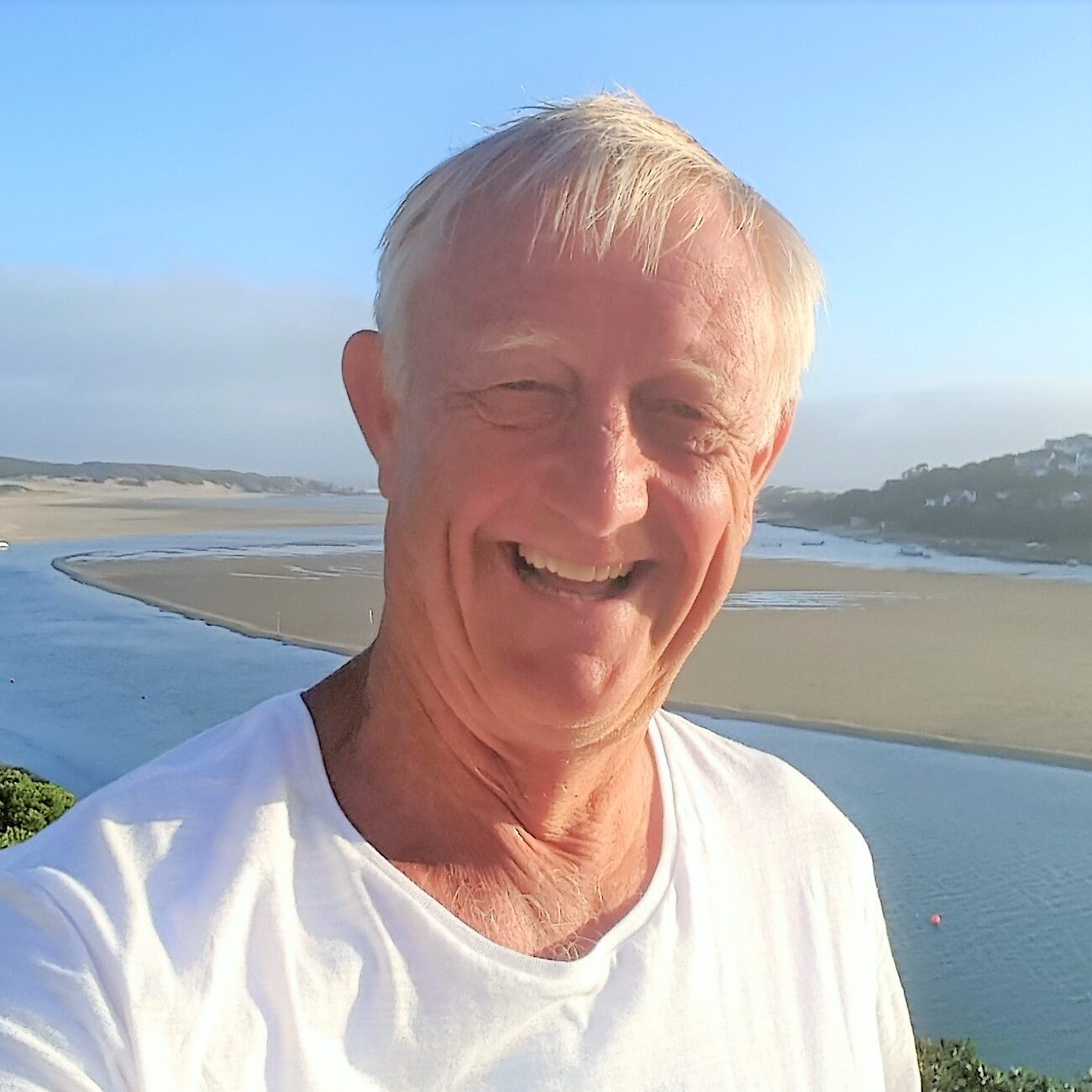 Steve moved into his semi in Bell Rd in 2009. He’s quite an active 67 year old, and doesn’t plan to retire anytime soon. He works at his factory in Ottery, where he bottles edible oil (mostly olive oil).He kayaks and cycles several times a week.He often collects donated produce from farms on behalf of charities. 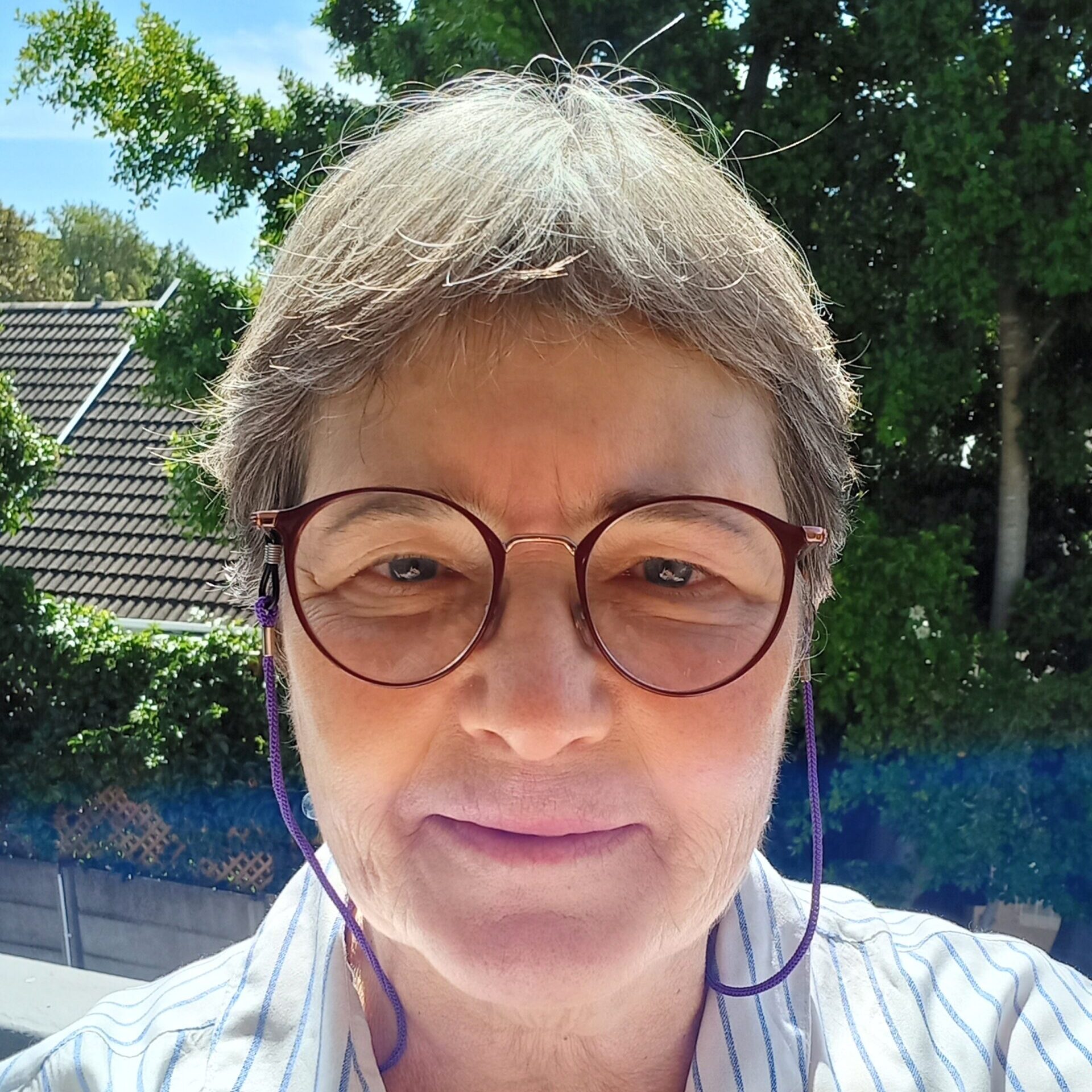 Margie (Marguerite) moved to Cape Town from Johannesburg in 2012 as part of a downsizing process and new job. She studied at UCT a lifetime ago and already then lived for a short while in Harvey Road. That memory greatly influenced her decision to move back into Harfield Village. She enjoys the proximity of everything and being able to walk to places quite easily. She is about to embark on the retirement phase of her life and it feels good doing it here.